Students in Studio Foundation use 3D Modeling and 3D Printing to explore light, form and scale.  They learned 3D modeling to create forms that juxtapose mass and volume that were printed on a small scale.  That form was then “sliced” digitally and output to shapes that were cut and assembled by hand and compared with the small scale version to study light and the impact of a shift in scale scale on form These investigations are extensions of studies of light, space, and form in paper. 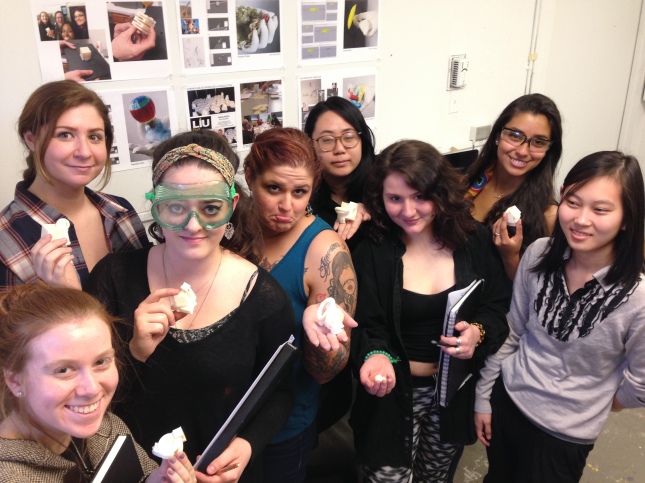